WHO’s data also suggest that 99% of the global population are breathing air that exceeds WHO guideline limits for pollution levels in the atmosphere. Developing countries that hold low-and-middle-income categories suffer high exposure compared to the rest of the world.

People living in areas with poor air quality are exposed to toxic gases, smog, and greenhouse gases. This affects their physical and mental well-being. It has also been understood that exposure to these pollutants affects the entire life on the planet, including unborn babies and infants.

Pregnant women exposed to air pollution before or during pregnancy have a higher risk of their children being born with congenital abnormalities or respiratory diseases, according to a US study. The most sensitive exposure time is one month before or after conception. The study claims that tiny particles of particulate matter enter the lower airways and air sacs within the lungs, which make their way to the circulatory system, increasing the chance of diseases and disabilities.

Pollutants in the air can also infect and affect the health of both the placenta and the baby. Certain types of congenital disabilities are more strongly connected to air pollution, including abdominal malformations and what’s known as hypospadias, a genital abnormality in boys.

An Environmental Health Perspective (EHP) research also suggests that babies more vulnerable to birth issues and abnormalities primarily live in highly polluted areas. Low-income families or those from minority groups are also affected by lack of access to quality food, good prenatal care, or a safe environment, which may aggravate the issues caused by ambient air pollution. The study established the link between PM2.5 exposure and pregnancy issues to cause problems such as low birth weight, a decrease in the gestational period, and preterm labor worldwide.

For example, thousands of people in the Democratic Republic of Congo (DRC) and Zambia are exposed to dangerous levels of toxic pollution due to cobalt mining for batteries. This has been reported to cause serious physical defects among their children.

Research also shows that indoor air pollution is the most prominent cause of 6 million premature births and 3 million underweight babies worldwide each year. Pollution is most likely to be from cooking stoves that burn solid fuel such as coal or wood. This is especially true in developing areas, such as parts of south-east Asia and sub-Saharan Africa, where indoor air pollution exposure appears to carry a higher risk than outdoor levels at an individual level.

Globally, almost 50% of the deaths related to indoor pollution-related are due to pneumonia in children under the age of five, according to UNICEF. Other diseases such as chronic obstructive pulmonary disease (COPD), tuberculosis, asthma, and even lung cancer can result from excessive use of biomass fuels and coal used for cooking and heating. Locations that depend on these fuels may have PM levels 10–50 times higher than the guideline values.

All the effects of air pollution have led governments and organizations to develop environmental strategies to reduce emissions and push for healthier air to breathe. But what more can be done to ensure that this problem is managed with efficiency and certainty?

Minimizing the risks caused by air pollution on the health of infants cannot happen without reducing pollution in the atmosphere. The initial step to reduce air pollution is collecting more data and spreading awareness of the forthcoming risks to people. With accurate air quality data, a stronger case can be made to push for agendas related to air pollution on a bigger platform.

Pressure is growing on the large healthcare and pharma companies to address issues related to the environment and pollution. Accurate environmental data can help health institutes and organizations develop air quality guidelines and help control exposure limits to crucial air pollutants among the masses. Reducing household pollution should also be part of the guidelines, especially in locations where household pollution is prevalent.

With Environmental Intelligence (EI) on the rise, health organizations can now use reliable air quality data and insights from organizations like Ambee to invest in the research and development of medications and create personalized patient recommendations based on ambient air pollution.

With a combination of data collected from real-time sensors, historical evidence, satellite images, and proprietary algorithms, Ambee also empowers healthcare and pharma companies. They can leverage the accurate air quality level data to assess and manage demand, production quantities, and supply of medication. They can also use the data to determine the scope of a particular medicine, identify highly affected locations, and develop solution plans to tackle the issues caused by air pollution among infants.

Ambee provides accurate and reliable air quality data to a wide range of markets that can be used to create a healthier planet. People can also use Ambee’s air quality monitoring app to get hyperlocal and real-time environmental summaries.

With Ambee’s accurate air quality data, governments and organizations can create policies to monitor air quality levels. This data can also be utilized to inform citizens about the risks of unsafe levels of pollutant concentration in their area and formulate long-term plans to reduce it.

Earth is in a vulnerable state right now, and ambient air pollution is one of the major factors for it. Individuals and organizations together must fight for a safer and healthier future. With accurate air quality data and reliable strategies for sustainability, there is still a chance for everyone to head towards a world with better air to breathe.

A creative writer from the heart, a content writer by profession. I spend most of my time reading about something if I’m not outside discovering it. I’m a nature lover and an environmental enthusiast. I believe that every human has a social responsibility to protect the environment they live in, and we must all play our part, however small it may be. 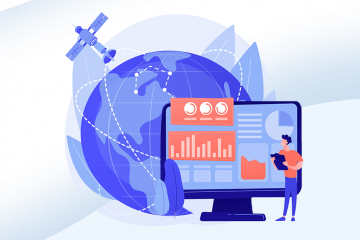 Every major environmental protection agency across the world, including the United Nations, is looking to find solutions to tackle climate change. They have also repeatedly said that countries need to reduce 55% of their greenhouse Read more… 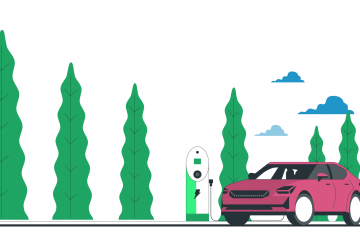 Idea in brief:  To make mobility efficient, sustainable, and environmentally-friendly, the automobile sector is exploring various technology-based solutions.  Smart infrastructure, mobility-as-a-service, and IoT-based technologies are some of the most popular solutions taking over the transportation Read more…