Fire is considered to be humanity’s earliest and arguably the most important discovery. This discovery has led us through centuries of progress and innovations. But what happens when the fire isn’t managed carefully? It leads to a series of disastrous events that pose a threat to health and humanity.

Unmanaged active fires can be highly hazardous. The rapid spread of fire causes damages to people, property, wildlife, and the environment instantly, while having long-term effects on them. Fire releases carbon dioxide and particulate matter in the atmosphere that cause respiratory diseases, reduce air quality levels, and impact the climate.

Assessing the Dangers of Fire on Health and the Environment

The majority of wildfires are caused by people, according to the U.S. Department of the Interior. Unattended campfires, the burning of debris, negligently discarded cigarettes, and intentional acts of arson are some of the sources that have led to the spread of fire. According to climate experts, human-induced climate change has also led to a recurring pattern of wildfire seasons worldwide.

Smoke comprises many toxic components, and the most harmful is the minute particulate matter called PM2.5. These particles can travel into the lungs and sometimes end up in the bloodstream, causing cardiovascular, respiratory, and sometimes, neurological problems. PM2.5 exposure also worsens asthma, stroke, eczema, cancer, and more.

According to a report by the Lancet, fire emissions are unhealthy for everyone, but the most vulnerable demographics include children, pregnant women, stroke survivors, and people over 65 years of age or those who have a respiratory disease or diabetes. Smoke can also cause wheezing, coughing, shortness of breath, and headaches. It also increases health risks for people with COVID-19, including those who have recovered.

Effects of fire don’t end with humans; it also has a severe negative impact on the environment. During the past three years, wildfires have been observed across the globe, including Australia, British Columbia in Canada, the USA, and the Amazon rainforest. In 2020, communities across Western America faced one of the deadliest wildfire seasons along with the global pandemic.

According to Insurance Information Institute’s report, since the beginning of 2019, 3 million acres of land have been burned in California due to active wildfires resulting in thousands of destroyed homes and businesses. Smoke traveling from fires in California and Oregon has severely degraded the air quality across the USA. The wildfires in Australia have also affected every state and destroyed more than 2000 homes, and burned millions of acres.

A study conducted in 2017 also claimed that particulates like soot from wildfires in Canada had been linked to the deposition of black carbon on Greenland’s ice sheet. This accumulation of soot causes a faster melting of glaciers which warms the Arctic atmosphere and leads to a rise in sea level through the injection of fresh water into the ocean.

What Is Happening Around the World Right Now?

USDA Forest Service had previously characterized the fire season as a four-month-long event every year, but their latest reports suggest that it now stretches into six to eight months. Wildfires are starting earlier, with a higher burn intensely, and are covering larger pieces of land more than ever before. In 2021, the U.S. has been facing an intense wildfire season across the country in a similar pattern to what was witnessed in 2020.

Mediterranean countries such as Greece, Turkey, and Italy, have also been forced to evacuate residents and tourists from many parts of their country in response to blazing wildfires. According to the European Copernicus Atmosphere Monitoring Service (CAMS), even sparsely populated regions like Siberia faced uncontrollable control wildfires this year that have already broken annual records for fire-related emissions.

However, it’s not just the recurring wildfires around the world that have been of harm. Man-made fires in parts of India, mainly due to stubble burning, have seriously impacted the air quality and have raised concerns about their effect on climate.

Stubble burning is a practice followed by farmers residing in the northwestern states of India, mainly Punjab and Haryana, where they set their paddy fields on fire to prepare land for the next sowing season. This act raises several problems, including widespread air pollution, especially in their neighboring states and cities. This has been highlighted several times in the past, especially after the onset of The Great Smog of Delhi, 2017.

According to a report published by the Times of India, Punjab witnessed 74,015 fires between September 1 and November 16, 2021. This broke the record for the highest count in the last five years, where a total of 84,886 fires were counted in 2016. Along with stubble burning, the low AQI is also due to the bursting of crackers during Diwali.

Tracking the present data on Global Air Pollution, Punjab’s AQI is set at 164 as of November 23, whereas the Delhi and Haryana indexes show an unhealthy number of 159 and 155, respectively. These numbers are more than triple compared to the acceptable level of air pollution, which is below 50.

Unmanaged fire has been a severe crisis for a while now, causing several problems to public health and the environment. Serious measures must be taken to mitigate the risks posed by it.

What Can We Do About It?

World Health Organization (WHO) in September 2021, launched a newly updated set of guidelines that aims to protect the health of the people and the climate through reduction of key air pollutants that include – particulate matter (PM), ozone (O₃), nitrogen dioxide (NO₂), sulfur dioxide (SO₂), and carbon monoxide (CO).

WHO, at COP26, also hosted a side event where they raised concerns over the depleting nature of climate and air quality and demanded a change in the policies and the necessary tools to tackle health-related issues, including reducing air pollution.

To fight this issue, government bodies and non-governmental organizations around the world have issued policies and guidelines for managing and reducing man-made fires. Policies such as these always help monitor the issue, but we as citizens can help as well. There are many ways in which we can contribute to the world. One way is to use fire and air quality monitoring data to help track active fires and even predict vulnerable locations.

In collaboration with the fire data, air quality monitoring data can also be beneficial to track the unsafe levels of pollutant concentration in any location around the globe. This can help generate actionable insights that can be used to create policies to manage air quality, inform citizens, and formulate long-term plans to reduce emissions and risks. The air quality level data can also be used to alert people against the ill effects of fire-generated air pollution, assess, and manage the demand and supply of medication.

As we head towards an uncertain world at the brink of a climate emergency, everything we do has a repercussion. Even a small action could have a series of consequences that could worsen the situation. Imagine living in a world so vulnerable that we need to think twice about whether the action we take will affect the environment negatively. With this thought in mind, Ambee’s fire and air quality APIs have been designed to accumulate data to mitigate the risks caused by fire and air pollution. 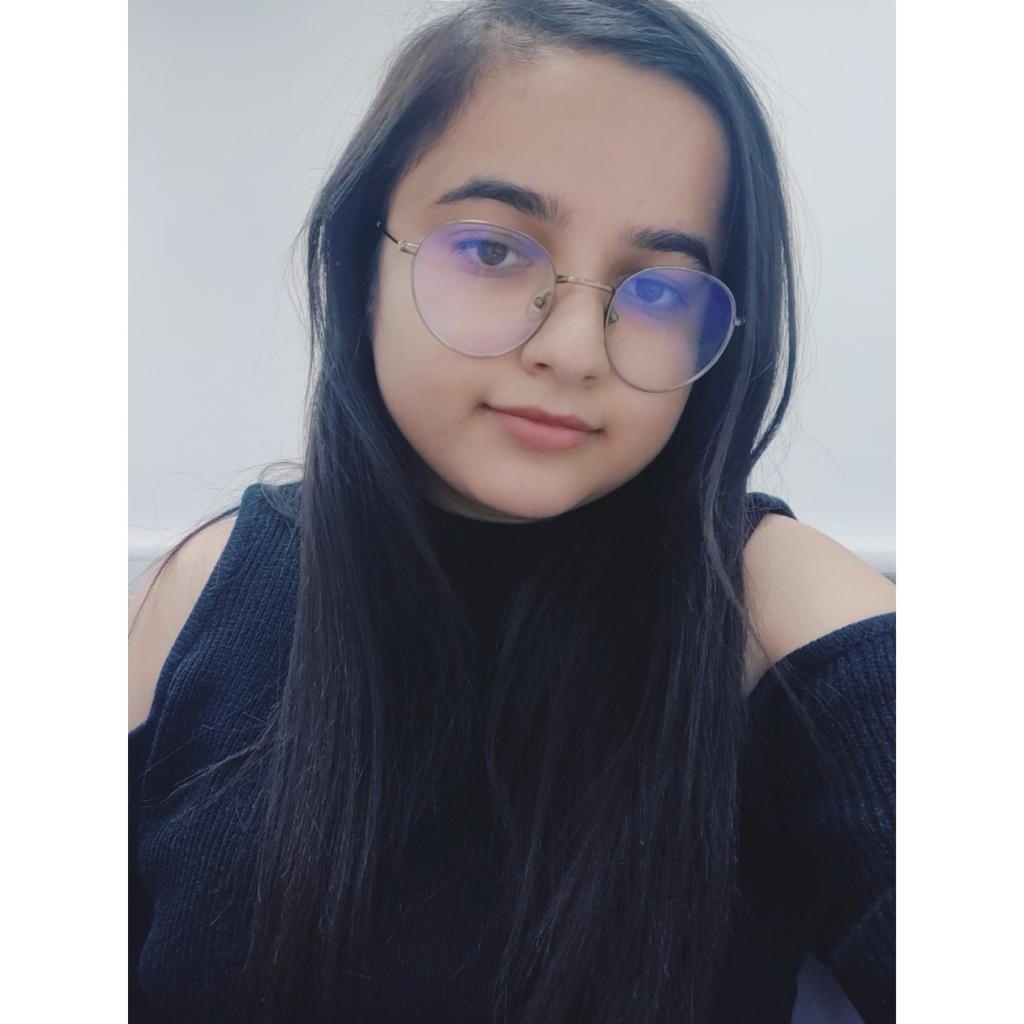 A creative writer from the heart, a content writer by profession. I spend most of my time reading about something if I’m not outside discovering it. I’m a nature lover and an environmental enthusiast. I believe that every human has a social responsibility to protect the environment they live in, and we must all play our part, however small it may be. 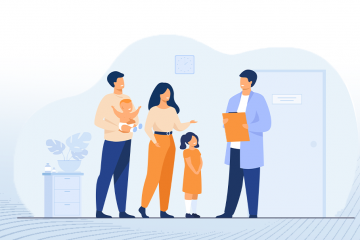 Idea in Brief:  Health issues related to air pollution are prevalent in the locations exposed to high-level pollutants and poor air quality levels, but some of these issues begin even before birth. Women exposed to Read more… 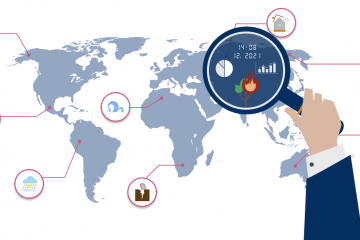 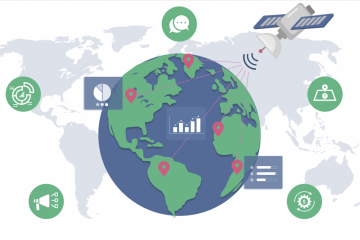 Idea in Brief:  Geospatial intelligence in marketing is a growing vertical with a valuation of $4 billion spent only in 2021.  Marketers are integrating geospatial data into all stages of product marketing to bring an Read more…