Indian Railways is the world’s fourth-largest rail network that spans over 67,000 km and 8,240 stations. It is mostly used by the common man to travel intercity & intracity distances. It is a convenient and economical mode of public transport. It transports millions of passengers every year with 19,000 passenger trains, 9,150 freight trains, and 8,417 locomotives every day. With these many trains on the track, Indian Railways is one of the busiest rail networks in the world.

Growth in the Transport Sector

The global demand for transport is growing at a fast pace. India’s railway network is always expanding to suffice this need and provide connectivity to every small rural corner of our country.

According to an IEA report, The Future of Rail, the rail passenger traffic grew 200% and 150% for freight trains since 2000. The demand for mobility in India remains enormous as privately-owned vehicles are used every day.

Indian Railways realizing the need to cut down carbon emission and fossil fuel use has set forth a sustainable mission. The mission is aimed to be carbon-emission free by 2030 with the use of renewable solar energy. Indian Railways is working with Bharat Heavy Electricals Limited (BHEL) for the technology and production of solar power.

Indian Railways (IR) has played a vital role in the technology growth, adaption, and development in India. Launch of the railways paved the way for several industrial development and opportunities back in the day. Initially, railways relied heavily on coal as fuel but has shifted to the predominant use of diesel and reduced coal consumption.

Why is Solar Energy being used?

Solar power is an eco-friendlier fuel alternative compared to fossil fuel. It is a renewable source of energy, and the vehicular emission is much cleaner. Whereas, burning of fossil fuels emits various toxic air pollutants like carbon monoxide, nitrogen oxides, hydrocarbons, etc. Motor emission from trains and volatile organic compounds (VOC) in the atmosphere forms smog, also known as Ground-level Ozone.

Air pollutants like smog can cause or aggravate health issues such as respiratory issues and heart conditions. Those living in outdoor and indoor polluted areas can also have cognition problems affecting the overall human health and well-being.

Future of Mobility with Electric Vehicles

Railway electrification is an excellent initiative by Indian Railways as electric vehicles (EVs) emission are cleaner and greener. It is setting an example for other public transports to change and adapt with the times. EVs can easily replace the buses, auto-rickshaws, and more. With EVs, the only concern is with associated emissions. The source of power marks the carbon footprint. IR plans on using solar power, which has a negligible carbon footprint during production. And it is also replacing the use of fossil fuel.

Sustainable World for an Eco-Friendly Future

As we have witnessed during the lockdown, reduced carbon emission positively affects the environmental ecosystem. Major cities like Delhi, Chennai, Mumbai, experienced a healthy Air Quality Index (AQI). In Bangalore, the Little Tiger Pierrot Butterfly was sighted for the first time. A small but evident effect of improved air quality levels. Hopefully, a similar and more significant environmental change can be observed with the use of electric trains.

People want to take action towards a better future and reduce their carbon footprint. With Indian railways going emission-free by 2030, people will be encouraged to replace their private vehicles with train journeys. IR needs to look at improving their train’s infrastructure and connectivity. It will encourage people to take the train more often.

Improving air quality levels will reduce global warming and climate change to build a better sustainable world for the future.

This blog was written by Pushya C, Content Writer at Ambee. 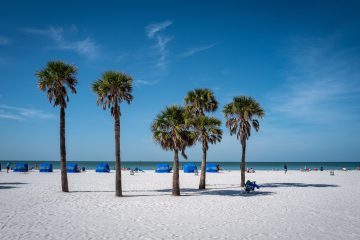 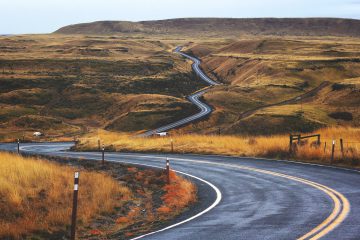